(An) Anglican(‘s) Opinion: Priests are not Sacramental Specialists

This post is a part of Rookie Anglican, a blog dedicated to Making Anglicanism Accessible. 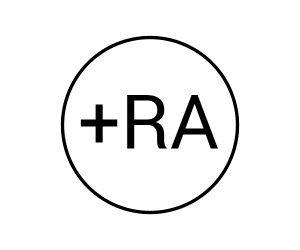 T.F. Torrance’s astute observation applies as much to the Church today as it did to ancient Israel:

“the tendency to make the sacrificial priesthood independent of the prophetic Word of God represents the temptation to escape from direct meeting or encounter with the living God” (Royal Priesthood: A Theology of Ordained Ministry, 5).

Although we may need to replace the words “sacrificial priesthood” with “sacramental priesthood” (or “routine pastorate”) to translate the diagnosis for a contemporary audience, the temptation is identical.

Though ritual and proclamation are to be inseparably intertwined in the priestly lives of God’s people, we tend to avoid transformative encounters with God through His Word, either by ritualizing or abandoning our proclamation.

This is, or at least can be, especially true in my own tradition, the Anglican Church. We can sin against the Lord “in word and deed,” not least by divorcing our proclamatory words from our liturgical deeds!

After all, I have often joined my Anglican contemporaries in expressing the following opinion:

“I love the liturgy, because, even if the sermon is atrocious, the gospel is still proclaimed.”

While there is a fair bit of truth in this sentiment – given the enormous teaching potential contained within the Anglican liturgy – it can conceal a deadly desire to abdicate the Christian priesthood’s responsibility to teach and proclaim the Word of God.

Yes, the main vehicle for proclamation in a Christian worship service is the sermon – which should be biblical. However, to the extent that we really believe our liturgy is biblical and worthwhile, ministers need to explain the liturgy’s meaning and relevance to their parishioners.

It is not enough for a congregation to recite the Nicene Creed every week, if they have no idea what it means! The same goes for other liturgical elements – from the Collect for Purity to the Benediction.

Practically, ministers ought to explain the liturgy’s biblical roots and meaning in their preaching and teaching. Pretending that the liturgy will teach itself is a lazy farce.

“Priest,” “Pastor,” and The Sacraments

For this reason, it is a bit of a shame that – in certain Anglican circles – the priesthood is delineated in exclusively sacramental terms. In a pinch, laypeople and deacons can preach. They can teach Sunday school. But they cannot consecrate the elements at the Lord’s Table.

While there is nothing inherently wrong with this sacramental distinction of the priesthood, the danger is that the priesthood becomes exclusively linked with the sacramental ministry, at the expense of the ministry of the Word.

I therefore think it is wise to alternate between “priest” and “pastor” when we address the clergy – and to explain the meaning of both.

Although Torrance is right to emphasize the connection between the priesthood and God’s Word, if the modern connotation of “priest” is inescapably and exclusively sacramental, then perhaps “pastor” – if explained – will remind people that, just as a good shepherd feeds his sheep, so will a good minister feed his parishioners with the Word of God.

Perhaps, at this point, some would quibble that, if we are talking about feeding, “pastor” has an even stronger sacramental connotation!

Fair enough. Yet this observation merely illustrates the connection between Word and Sacrament – between proclamation and ritual.  Both must go hand-in-hand.

After recognizing the need to correct for a potential overemphasis on sacramental ministry, how should Anglican ministers model and teach both ritual and proclamation to their parishioners?

Having a high view of the sacraments is no excuse for shoddy proclamation of God’s Word. Furthermore, we must preach and teach in such a way as to train the people how to preach and teach God’s Word for themselves. A wonderful goal would be to preach a series on the theology of priesthood, so that one’s congregants could explain how they themselves are priests, while still acknowledging a distinction between clergy and laity.

Emphasize the congregation’s role in offering a sacrifice of praise and thanksgiving to God.

To this end, the Prayers of the People and the Offertory should be explained and emphasized.

In the former, there should be adequate space given for parishioners to offer their praises and thanksgivings to the Lord. This should be encouraged and modeled, so that the result is a vibrant and genuine experience – instead of a few sentences whispered privately before the prayers continue.

During the Offertory, we should revive the ancient practice of having the congregants bring their individual gifts – including bread, wine, and money – forward to the altar before the Eucharistic liturgy continues, instead of leaving these roles to the ushers for the sake of convenience. Admittedly, this is a small change, but it enables more participation than merely dropping a check into the basket as it passes.

To the extent that Anglican priests are worried about emphasizing the “priesthood of all believers,” they have misunderstood their calling and vocation.

Priests are not called to be sacramental specialists who avoid transformative encounters with God through His Word, either by ritualizing or abandoning proclamation. Rather, in order to teach their parishioners what it looks like to live all of life as a response to the Word of God, priests should feed their congregations with both God’s written Word and God’s Living Word.