Falling and Getting Up 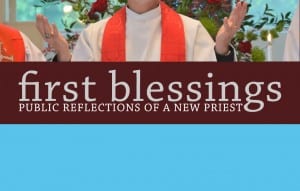 The sign on the trail to the falls could not have been clearer. Do not climb on the rocks, it said. The rocks are very slippery, it said. You will fall, it said.

I climbed on the rocks. They were very slippery. I fell – hard. Lying a bit dazed on my back, half in and half out of the frigid water like some beached orca, I had a vision of all the parents at the falls standing around pointing to me and saying to their children, “See. That is why you should always obey the rules.” In one moment of sheer stupidity, I imagined I had become the poster child for foolish disobedience.

What makes this all the more frustrating and embarrassing is that, on the very morning of the fall, I had prayed and reflected on Psalm 69 during Morning Prayer:

O God, you know my folly;

the wrongs I have done are not hidden from you (Ps 69:5, ESV unless otherwise noted).

I doubt David was speaking of the folly of ignoring warning signs and falling on rocks, except metaphorically. Surely, he had greater folly in mind – not simple stupidity, but actual sin: adultery, murder, disregard for God’s expressed will. And yet, human folly runs broad and deep and affects every aspect of human nature. There is probably a straight line – though, I hope, a very long one – from ignoring a warning sign about slippery rocks to ignoring the warning signs of lust or anger or rebellion. There is something in us, though, something about us, that draws us toward slippery rocks and slippery moral slopes, something that rebels against even good and wise constraints.

Do not eat of the tree of the knowledge of good and evil in the midst of the Garden, God said. You will die, God said. We ate. We died. And, we have been eating and dying ever since, captive to the sin of folly and the folly of sin. It is all there on full display in Romans 7 and on every page of human history and personal narrative. And even though we have been rescued through Jesus Christ our Lord – Thanks be to God! – we still stumble on the slippery rocks of our own folly.

O God, you know my folly;

What David says next is even more troubling. These words were a constant companion through my discernment process for the priesthood and have never yet left my side. I pray they never do.

Let not those who hope in you be put to shame through me,

let not those who seek you be brought to dishonor through me,

Unfortunately, there is no special charism of ordination that exempts a priest from folly. Or, if there is, I did not receive it. Like everyone else, I make my fair share of wise decisions and foolish ones. I am willing to accept and share the blessings of the former. I am – most of the time – even willing to bear the consequences of the latter. But, I am not willing to share them. No one, save me, should suffer for my folly. But, that is not the way it works. The sins of the father too often are visited on the children to the third and fourth generations (cf Num 14:18) – not as curse but as inevitable cause-and-effect.

If this is true in “natural” human relations – between parents and children and husbands and wives, among friends, in communities, and even among nations – then it is equally true in spiritual relationships. The folly of a priest can be visited upon all those who look to him for pastoral care, for spiritual direction, for the knowledge and love of God. Those who hope in the Lord can be put to shame by the folly of the priest. Those who seek the Lord can be brought to dishonor through the foolishness of the priest.

The hard truth is this: the real question is not whether I will display my folly for all to see, but when and how badly. If we are together long enough, I will disappoint you and hurt you and anger you. I pray that you will understand that the problem is me, that it is my folly, that the fault is mine. Be ashamed of me, if you will. But please, never, never be ashamed of the Lord because of me. Never, never question the honor of our God through me.

James writes that not many should be teachers and that those who do are subject to stricter judgment (cf James 3:1). I know the same applies to priests. Though not many should become priests, some are called to and must do so, even knowing the responsibilities and burdens they must bear, evening knowing that God has placed into their care the eternal welfare of his beloved children. Who is “worthy” of such a calling? Who is able? During ordination, no priest ever attests to, or is asked to attest to his own ability, but rather to his willingness to serve, the Lord being his helper.

I fell hard on the rocks at the waterfall, and it hurt: my elbow, my back, and mostly my pride. But, I got up and limped the two and a half miles back to my car – a little stiffer, sorer, and (hopefully) wiser than before. As a priest, I am certain that I will fall on the rocks of my own folly and equally certain that it will hurt. I pray that I will get up and limp home. I pray that in the mercy of our God the hurt will be my own and that no one will be disillusioned in the Lord through my folly.

About the Author: John Roop

John is a Knoxville, Tennessee native and was a third generation member of the Christian Church, where he served as deacon, elder, and teacher. He and his wife, Clare, were drawn to the Anglican Church by the rhythm of the daily office, the richness of liturgy, and the presence of a sacramental worldview. John was ordained to the priesthood in May 2015. He looks forward to continued ministry at Apostles Anglican Church. John and Clare have one daughter who is currently in college studying secondary science education.