The Appeal of the Anglican Tradition – by Brandon LeTourneau 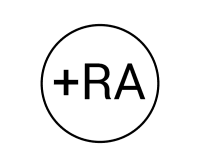 “that they may all be one, just as you, Father, are in me, and I in you, that they also may be in us, so that the world may believe that you have sent me” John 17:21

The Christian Faith is a vast sea full of all manner of customs and traditions, many of which seem to be in contradiction with each other. This raises the question as to why someone would pick one Christian Tradition over another.

The Reformation did a lot of good for the Church as a whole, however it did not make Church Unity as accessible as it was in the pre-reformation era. Beforehand there was simply one church (in the West), the church of Rome, and a Christian was someone who had communion with the Bishop of Rome, the Pope.

However, pesky reformers like Martin Luther, John Calvin, and Thomas Cranmer went and ruined everything for us poor Protestants. Now we have the Lutheran’s, the Dutch Reformed and Presbyterians, and of course, the Anglican Communion. These denominations in turn split into even more denominations which in no way makes life any easier for the Christian looking for a biblical and orthodox community to call home.

So then, how does one choose a community to be a part of amidst the diversity?

Herein lies the beauty of the Anglican Tradition, in that it encompasses the whole of Christendom by way of Via Media (Latin: the middle way), a philosophy that advocates the moderation between theological extremes. Though formulating its own Confessions and Catechisms, the Anglican Tradition allows one room to hold to the Westminster Standards, to teach from Luther’s catechisms, or to appeal to the writings of the Saints of the Early Church.

The emphasis of Lex orandi, lex credendi (Latin: the law of praying [is] the law of believing), the belief that the manner of one’s worship dictates his theology, as a means of teaching and starting from a point of common prayer and worship, unifies the congregants in submission to the Lord before introducing the complexities of differing theological systems.

Anglicans are often referred to as Reformed Catholics. Many parishes are also known as three stream Anglican churches. These titles show the diversity found within the broader structures of Anglicanism.

The English Church has developed in such a way that they remain classically Catholic (though not Roman Catholic), while still holding to the doctrines revitalized during the Reformation. This means that there is an Apostolic Succession from the times of the Apostles, all the way down to the bishops that make up the governing powers in the Church to this day. Likewise, there is a heavy emphasis on remaining consistent with the practices of the ancient Church. This can be seen through liturgy and customs concerning the various services.

Alongside this very catholic approach to church, there is a consistent reliance on the Bible over Tradition, echoing the voices of the Reformers. Human traditions are only a means to glorify God, and in no way overshadow the Scriptures.
In keeping with this Reformed line of thinking, the Anglican Church holds to the sixty-six canonical books found within the Protestant Bible. But this is not a rejection of the Apocryphal or Deuterocanonical Books, but in keeping with the teachings of Saint Jerome, the Thirty-Nine articles say “the Church doth read for example of life and instruction of manners; but yet doth it not apply them to establish any doctrine”.
Therefore, it is not at all unlikely to see an Anglican Priest at one moment chant the Gloria Patri, and at another teach on the Doctrines of Grace.

Which leads us to the third stream that tends to influence the Anglican way of doing things, that being, the Pentecostal and Charismatic movements. Though hard to quantify, roughly thirty percent of the Anglican Church is in fact Charismatic and holds to the continuation of the gifts taught to be available to the Christian in the New Testament.

Together these diverse streams of Christianity find a home within the Anglican way of life. The Liturgical, Theological and Doctrinal, as well as the Spirit-filled and spontaneous, all fit together nicely within the bounds of the historic Church.

Therefore, the Anglican Church accepts anything that is Explicitly Christian and draws from a plethora of Christian Traditions. It should also go without saying that a desire for Church Unity is a natural byproduct of the Anglican approach to Theology.

What Do Anglicans Believe? Anything?

Some might then ask how the Anglican defines his Theology. It must be difficult drawing clear lines of belief when there are so many spheres of influence.

This is in fact not as problematic as many would assume. The Anglican Tradition has a healthy view of the closed-handed issues of the Christian faith. The hills we must die on, as it were.

These three hills are of course the three historic Creeds, those being the Apostle’s, Nicene, and the Athanasian Creed. These three statements of faith are generally universal among Christians and should not come as a surprise to anyone who has spent any amount of time within the Church.

There is clear distinction on what the Christian must believe and what he can believe. In this regard personal relationship with the Lord is held in the same esteem as corporate worship with the Body of Christ, thus appealing to both non-denominationals and those from more traditional backgrounds.

The Appeal of Anglicanism: It Reaches Beyond Itself

When all of this is taken into account, it appears that “Anglican” is a poor term for the Anglican Tradition. It should rather be referred to simply as “Christian”, as it tries to incorporate all of the noblest aspects of the Christian heritage. It holds to the Catholic liturgies, the Reformed theologies, and Charismatic spirituality, while all of these are at the same time rooted firmly on Biblical truth and derived from two thousand years of history.

About the Author: Brandon LeTourneau