What They Are Saying About The Incarnation

Here are a few lines from some of the wisest writers and thinkers…  Drink deep and believe!

Hast thou not heard, that my Lord Jesus di’d?
Then let me tell thee a strange storie.
The God of power, as he did ride
In his majestic robes of glorie,
Reserv’d to light; and so one day
He did descend, undressing all the way
— George Herbert

“He was created of a mother whom He created. He was carried by hands that He formed. He cried in the manger in wordless infancy. He, the Word, without whom all human eloquence is mute.”
— Augustine

“The Almighty appeared on earth as a helpless human baby, needing to be fed and changed and taught to talk like any other child. The more you think about it, the more staggering it gets. Nothing in fiction is so fantastic as this truth of the Incarnation.”
— J.I. Packer

“And now brothers, I will ask you a terrible question, and God knows I ask it also of myself. Is the truth beyond all truths, beyond the stars, just this: that to live without him is the real death, that to die with him the only life?”
― Frederick Buechner

“The Son of God became a man to enable men to become sons of God.”
— C.S. Lewis

“For the Christ-child who comes is the Master of all; No palace too great, no cottage too small.”
— Philips Brooks

“Man’s maker was made man that He, 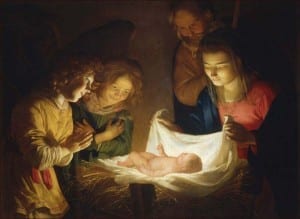 Ruler of the stars, might nurse at His mother’s breast; that the Bread might hunger, the Fountain thirst, the Light sleep, the Way be tired on its journey; that Truth might be accused of false witnesses, the Teacher be beaten with whips, the Foundation be suspended on wood; that Strength might grow weak; that the Healer might be wounded; that Life might die.”
― Augustine of Hippo

“And in the Incarnation, the whole human race recovers the dignity of the image of God. Henceforth, any attack even on the least of men is an attack on Christ, who took the form of man, and in his own Person restored the image of God in all that bears a human form.
― Dietrich Bonhoeffer

“When spirituality becomes spiritualization, life in the body becomes carnality. When ministers and priests live their ministry mostly in their heads and relate to the Gospel as a set of valuable ideas to be announced, the body quickly takes revenge by screaming loudly for affection and intimacy. Christian leaders are called to live the Incarnation, that is, to live in the body, not only in their own bodies but also in the corporate body of the community, and to discover there the presence of the Holy Spirit.”
― Henri J.M. Nouwen,

“For me it is the virgin birth, the Incarnation, the resurrection which are the true laws of the flesh and the physical. Death, decay, destruction are the suspension of these laws. I am always astonished at the emphasis the Church puts on the body. It is not the soul she says that will rise but the body, glorified.”
― Flannery O’Connor

“The Self-revealing of the Word is in every dimension – above, in creation; below, in the Incarnation; in the depth, in Hades; in the breadth, throughout the world. All things have been filled with the knowledge of God.”
― Athanasius of Alexandria

It is good to be children sometimes, and never better than Christmas when its mighty Founder was a child Himself.
— Charles Dickens

My only rule: If you understand something, it’s no mystery.
— Scott Cairns 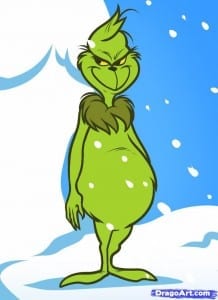 something he hadn’t before! “Maybe Christmas,” he thought, “doesn’t come from a store. Maybe Christmas… perhaps… means a little bit more!”
― Dr. Seuss