The Story of Our Hymns: “Abide with Me” by Henry Francis Lyte

This is the first of a series on sacred hymns, the story behind them, their text, a recording, and a simple companion devotional.

“Many a man who has labored in obscure places, practically unnoticed and un-praised by his own generation, has achieved a fame after his death that grows in magnitude with the passing years,” E. E. Ryden says of Henry Francis Lyte, author of “Abide with Me” in the book, The Story of Our Hymns. 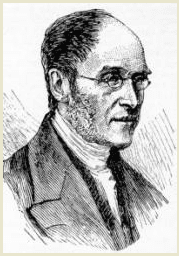 Henry Francis Lyte was born in the year 1793, and was left as an orphan very young. Despite his poverty, he managed to attend college, winning awards for his poetry. He had originally thought to become a physician but was called to the ministry during his college days. The death of one of his friends brought about a profound change in him as he was called to his bedside to offer solace and comfort. There, he discovered that both he and his dying friend had little to offer by way of consolation. Through prayerful search of the scriptures, they both came to a firmer faith in Christ as stated later by Lyte: “I was greatly affected by the whole matter, and brought to look at life and its issues with a different eye than before; and I began to study my Bible and preach in another manner than I had previously done.”

He became the vicar of a fishing village in Devonshire, England at an elegant estate named Berry Head. Its coastal views were among the most beautiful on the British Isles. Henry laid out walking trails throughout the estate and wrote most of his sermons, hymns, and poetry while taking these walks.

He had long suffered from a lung disorder that turned into tuberculosis. At the age of 54, he preached his last sermon with difficulty and planned a therapeutic holiday in Italy saying, “I must put everything in order before I leave, because I have no idea how long I will be away.” Before leaving, he took a long walk along the coast in prayer then retired to his room. An hour later he emerged with a written copy of “Abide with Me.” Some say he wrote the poem in that hour, others say he discovered it in the bottom of his desk as he packed for Italy. It is likely that, finding sketches of a poem he had previously started, he revised and completed it that evening.

Shortly after this he departed for Italy, and on his travels again revised the hymn (it was apparently on his mind) and posted it to his wife. He checked into a hotel in Nice on the French Riviera before his lungs gave out and he passed away. Another clergyman who happened to be staying in the same hotel, and attended him during his final hours, stated that Henry’s last words were, “Peace! Joy!”

A memorial service was held in Brixham and it was on this occasion that “Abide With Me” was first sung. A little cross marks his grave in the English cemetery at Nice where he is buried and many visit his grave telling stories of how the hymn had brought them to faith. It was Lyte’s wish to write a hymn like this as stated in an earlier poem:

“Some simple straw, some spirit-moving lay, some sparkles of the soul that still might live when I was passed to clay… O thou! Whose touch can lend life to the dead, thy quick’ning grace supply, and grant me, swanlike, my last breath to spend in song that may not die!”

According to some sources, Lyte had written a tune of his own for the text but it never came into use. William H. Monk who was attending a hymnal committee meeting saw Lyte’s text and realizing it did not have a tune, sat down at the piano and composed “Eventide” in ten minutes. The tune has been associated with “Abide with Me” to this day.

Listen to Abide with Me

Abide with me, fast falls the eventide,
The darkness deepens; Lord, with me abide!
When other helpers fail and comforts flee,
Help of the helpless, O abide with me.

Swift to its close ebbs out life’s little day,
Earth’s joys grow dim, its glories pass away;
Change and decay in all around I see:
O Thou who changest not, abide with me.

I need Thy presence ev’ry passing hour;
What but Thy grace can foil the tempter’s pow’r?
Who, like Thyself, my guide and stay can be?
Through cloud and sunshine, O abide with me.

I fear no foe, with Thee at hand to bless;
Ills have no weight and tears no bitterness.
Where is death’s sting? Where, grave, thy victory?
I triumph still, if Thou abide with me.

Hold Thou Thy cross before my closing eyes;
Shine through the gloom and point me to the skies;
Heav’n’s morning breaks and earth’s vain shadows flee;
In life, in death, O Lord, abide with me.

Text: Henry Francis Lyte, 1847
Music: EVENTIDE, William Henry Monk, 1861
Origin: English Hymnody
Use: This hymn is not in reality an evening hymn. Its theme is the evening of one’s life. “Often used in solemn occasions but not to be sung too slowly.”
Scripture: “If you abide in me, and my words abide in you, you will ask what you desire, and it shall be done for you.” John 15:7
Author also wrote: “Praise, My Soul, The King of Heaven.”

Devotional: Abide with Me

When I was a young girl my grandmother took me to church. There I sat in the pew beside her mesmerized by the way she sang the old hymns, most of them by heart. I didn’t know much at that age but I knew this: those hymns meant something to her and in turn they meant something to me. In her expressions there was an obvious love for this God I had yet to understand, and in beholding such beauty, wanted more than ever to know.

I’ve been fascinated by hymnody ever since. Not just the beautiful music, but the stories behind why they were written. As quoted above, I have found that most authors of these beloved hymns led lives filled with suffering and pain. Some of these hymns were born out of deep sadness and, more often than not, were not discovered until well after the author had passed.

In a world of fame-seeking instant gratification, this is almost unheard of, and the rarity of it caused me to look deeper. For in these stories, the story of our hymns, it is not the author, their music, or even the stories themselves that achieve great fame and success. It is woven into the very fabric of these melodies to bring glory to God. To remember what he has done past, present and future. Generation after generation proclaiming his name from now unto eternity.

Keisha Valentina is a singer-songwriter with a deep love of hymnody who plays the piano, lever harp, accordion and harmonium. She is the Music Director of St. Aidan’s Anglican, a small church plant just beginning in Spokane, WA. She has owned her own housecleaning and music business under the title This Beautiful Mess for over 20 years.