The Story of Our Hymns: The Storm Is Passing Over

This is the fourth in a series on sacred hymns, the story behind them, their text, a recording, and a simple companion devotional.

“When the world is tossing me, like a ship upon the sea, thou who rulest wind and water, stand by me.” – Charles Albert Tindley 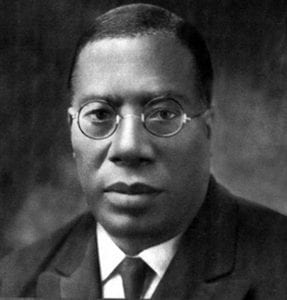 Charles Albert Tindley was born in Berlin, Maryland, on July 7, 1851, to Charles and Hester Tindley. His father was enslaved, and his mother free. Hester died when Charles was very young and he was taken in by his aunt in order to keep his freedom. He worked as a hired hand wherever his father could place him to help the family. He received no formal schooling, but had such an interest in learning he taught himself to read by gathering scraps of newspaper he found alongside the road or in trash bins.

One Sunday he snuck into a nearby church to hear the preaching. When the minister invited all the children to sit up front, he bravely took his place among them despite the shock and discouragement of white parishioners. He was so compelled by the preaching and singing that he began to study even more.

When Charles was seventeen he married Daisy Henry. They had eight children, some of whom would later assist him with the publication of his hymns. In 1875 he and Daisy moved to Philadelphia where Charles’ continued love of learning and for the church led him to take correspondence courses toward becoming a Methodist minister. He began attending school at night and served as a janitor for the East Bainbridge Street Church where he and his wife were also faithful parishioners.

He was a hard worker and passionate about his studies asking friends to tutor him on various subjects. He studied Hebrew and Greek through a local correspondence course with high academic scores despite no college degree. He later said, “I made a rule to learn at least one new thing — a thing I did not know the day before — each day.” In taking his final exams to qualify for ordination, he was among the highest scores.

His first parish was in Cape May, New Jersey where he and his family arrived in the middle of a blizzard. They moved into their house with only a bit of bread to share between them for the evening meal. As they were praying, a knock came at the door and there stood a welcoming committee from the church with much-needed provisions. Charles was inspired to write the hymn “God Will Provide For Me” after this experience.

Methodist ministers who are newly ordained often get moved every few years. Charles presided over several churches before eventually moving back to Philadelphia in 1904 to pastor the very church where he started as a janitor. His return to the congregation as pastor was met with mixed emotions. Yet the 150th-anniversary journal of the congregation states that

“All were pleasantly surprised, for as Tindley mounted the rostrum, wearing a Prince Albert Coat—then the garb of many African American Protestant preachers—he had the dignified bearing acquired during his previous appointments. They were further surprised when Tindley delivered a masterful, soul gripping sermon that brought loud Amens and praise God exclamations from his listeners.”

Tindley often introduced original hymns alongside his sermons. His influence and passion drew people of multiple races and denominations. The congregation of about 130 members grew rapidly under his leadership to more than ten thousand attendees, the largest congregation in his region.

Alongside his preaching duties, Tindley was a community leader unafraid to take on the issues of the day. He led a protest against the silent film “Birth Of A Nation” which had caused racial unrest across the country. Tindley and other clergy marched through the city and were met with an angry white mob that violently attacked them. Charles knew that protest alone would not further his cause so he built good relationships with influential people among the white political and business hierarchy of Philadelphia. He raised money to help the needy, opening one of the city’s first soup kitchens giving away over 500 meals every evening allowing the homeless to get hot baths and clothes from the church basement. He and his parishioners also created a savings and loan to help African Americans buy their own homes.

The church continued to grow at such a rate that they outgrew their existing building and moved a few blocks away to a bigger sanctuary. His wife Daisy died the day they moved into the new church. He eventually remarried and the church continued to grow under his leadership until his death in 1933. The church was renamed Tindley Temple in his honor and is still active to this day.

He is buried in Philadelphia with a large memorial engraved with the words “Beams Of Heaven As I Go” from one of his most beloved hymns.

Charles Albert Tindley’s hymns continue to be cherished universally to this day. His own publications of his hymns are found in two editions of the Soul Echoes hymnal (1905, 1909) and six editions of New Songs Of Paradise (1916-1941). Many of his hymns are published in Methodist and Baptist hymnals as well as in The African American Heritage Hymnal providing all churches with a tremendous wealth of diverse hymnody.

Often called the “Grandfather of black gospel music,” Tindley’s hymns focus on Christ’s saving promises amid life’s troubling storms. Two of his most well-known hymns are “We’ll Understand It Better By and By” and “Stand By Me.” His hymn “I’ll Overcome Someday” was the inspiration for the protest and Civil Rights anthem “We Shall Overcome.”

To this day, Charles Albert Tindley is considered a “prince of preachers,” poet, writer, theologian, social activist, and “father of African American Hymnody.” Scholars C. Eric Lincoln and Lawrence H. Mamiya say that his hymns were “not simply other-worldly. [These hymns] are also addressed to helping the oppressed survive this world.” 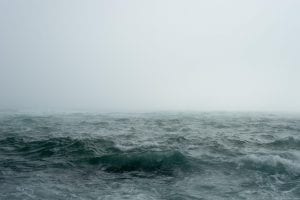 The Storm Is Passing Over

O Courage, my soul, and let us journey on,
For tho’ the night is dark, it won’t be very long.
O thanks be to God, the morning light appears,
And the storm is passing over, Hallelujah!

O billows rolling high, and thunder shakes the ground,
The lightnings flash, and tempest all around,
But Jesus walks the sea and calms the angry waves,
And the storm is passing over, Hallelujah!

The stars have disappeared, and distant lights are dim,
My soul is filled with fears, the seas are breaking in.
I hear the Master cry, “Be not afraid, ‘tis I,”
And the storm is passing over, Hallelujah!

Now soon we shall reach the distant shining shore,
Then free from all the storms, we’ll rest forevermore.
And safe within the veil, we’ll furl the riven sail,
And the storm will all be over, Hallelujah!

Devotional: Beautiful In His Time

When I was young, my head was filled with dreams of playing music for a living. I was going to travel the world, guitar in hand really doing something for God. But life has a way of taking your head out of the clouds and planting your feet on the ground.

When hardships came and the dream of a career in music disappeared I fell back on what I knew best. With two generations of janitors behind me, I guess you could say I was born to have a mop in my hand.

The cleaning business is a funny thing. You can’t discuss the details of what you do, who you work for, or post pretty pictures of your accomplishments. You’re the invisible cleaning fairy that comes and goes. Maintaining and unnoticed unless something isn’t getting done. Quite the opposite of what I envisioned in doing something great for God. Where once the world was a stage, now I was mopping that stage and writing music to the hum of a vacuum.

I don’t know the end of my story just as Charles Albert Tindley didn’t know the end of his. But I do know this: God can use the ordinary, the seemingly weak and simple-minded to reveal his glory. Nothing goes unnoticed under his sovereign care. No matter how small and insignificant. He is the God who sees and will make all things beautiful in his time. (Ecclesiastes 3:11.) In accepting where we’re placed in cheerful obedience for whatever time and season. Maybe that truly is doing something for God.

“Don’t begrudge the suffering in your life. God may be writing a song for the church of God.” ~John Piper

Keisha Valentina is a singer-songwriter with a deep love of hymnody who plays the piano, lever harp, accordion and harmonium. She is the Music Director of St. Aidan’s Anglican, a small church plant just beginning in Spokane, WA. She has owned her own housecleaning and music business under the title This Beautiful Mess for over 20 years.