A surprise baptism at the original site of the Lord’s baptism  (Mark 1) created an international incident yesterday…and a glimpse of the age to come.  Here is what happened.

I am leading a tour of 30 adults through the Holy Land. Our bus pulled up to the newly renovated site commemorating the Lord’s baptism by John.  It is also the place where Joshua crossed over the Jordan into the Promised Land. It is called Qasr el Yahud.

I led our group in a very Anglican-style service of the renewal of vows.  In other words, people only would get “slightly wet”; bits of the water from the Jordan would be sprinkled on their heads. I prayed over 29 of the 30 pilgrims words that would recall the vows and promises they made or that were made for them years earlier: “Remember that you are baptized in the Name of the Father, Son, and Holy Spirit.”  Then I would anointed their head with a dab of oil and say, “Remember that you are sealed by the Holy Spirit in baptism and marked as Christ’s own forever.” 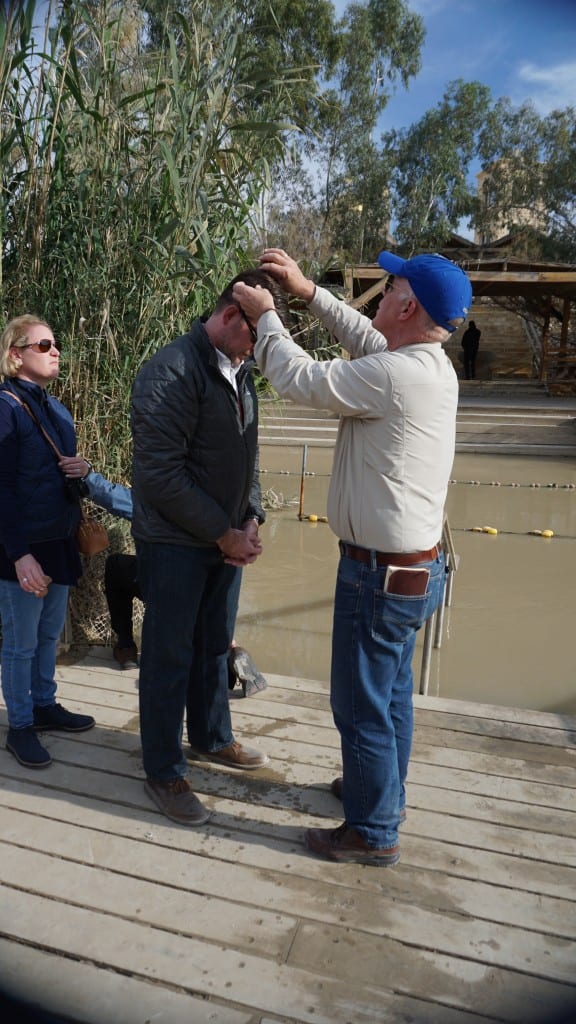 That is what was planned…and it seemed to be going very, shall we say, liturgically. But at the end of the proper service one man from our group came forward and said, “I want to be baptized; I have never been baptized and I want to be today.”

I looked at him and asked him if he could agree with the vows and promises of a Christian.  Would he renounce the world, the flesh, and the devil and turn to Jesus Christ as his Savior; and promise to follow and obey him as Lord?  He said, “Yes.” And I said, “Let’s do it!”

I told him to take off his shoes and his sweatshirt. As I took my off shoes he said, ‘Why don’t you just let me get in by myself? I don’t want you to get wet.”  I said, “No one is ever baptized alone. I’m going with you.”  And with that, the two of us got into the frigid, muddy water. 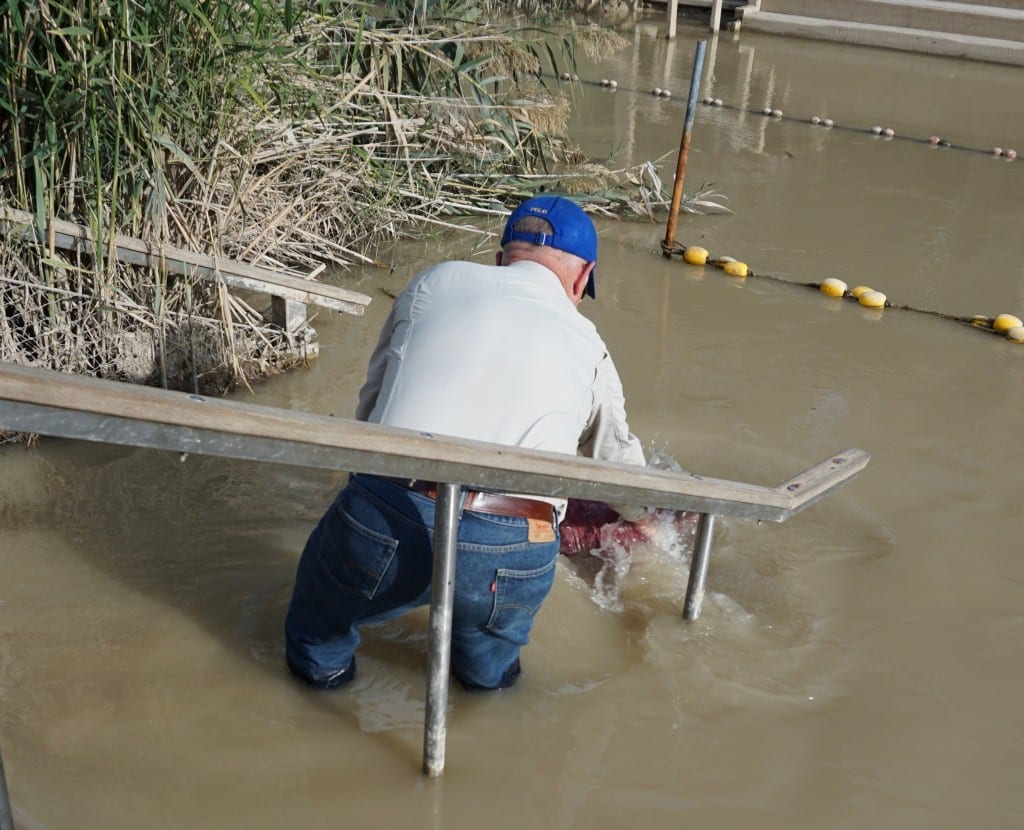 Without hesitation, he broke the formalism of our Anglican style liturgy and rolled himself in under the cold water. He was totally immersed.  He sprung up from the water heaving in and out with deep breaths; he went ‘all in’ under the water.

The moment he came up, a group of nuns from Lebanon and Egypt who were standing on the opposite shore of the river…in Jordan…another country… not 10 yards away…began cheering and singing Amazing Grace.  We joined them in singing.  We all realized that we were part of a spectacle we would never forget. Christians from around the world separated into two countries by a river, but joined together in Christ over that same river as one brother came into the fellowship of our common Lord who had been also baptized in that same river. One man went under the water of baptism and when he emerged, a cloud of witnesses from across the nations and over the world gave thanks to God.